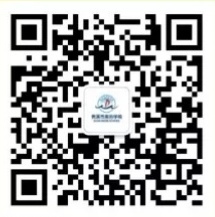 On 28th October, 2016.I was on duty this day. There were something touched me deeply because as a bystander, I have witnessed many unbelievable things by my side.

First of all, I want to quote a word “the early bird catches the worm.” to describe these pupils. At 6:30, they have got together in front of dormitory. All the students stayed in order, kept silence and concentrated on the words given by teachers. Frankly speaking, I was admired deeply by those pupils’ perseverance, for which sometimes I could recall my student-days unconsciously.

Secondly, when I come to the every classroom, I can find a surprising tableau as well. The pupils were very serious-minded, all the things are in good order and they had a clean classroom, in which they had various lessons. After class, they were so active that I have seen many children chase each other. Besides, in order to meet mid-term examination, children and teachers will give all parents a surprise for which principal asked.

Last but not least, I was in the canteen to stand guard. It’s really not easy for pupils could follow the rules day after day. We can see clearly that orderly teams were ranked purposefully. It was very quiet when they were eating and ended up with clean plates. Finally, they went out successively. I had to say that it was the high-quality team that Meidi School made and it was the reason why most students favored new Meidi School.